Guest Blog – Hormonal Imbalance and Overeating – Is There A Connection? 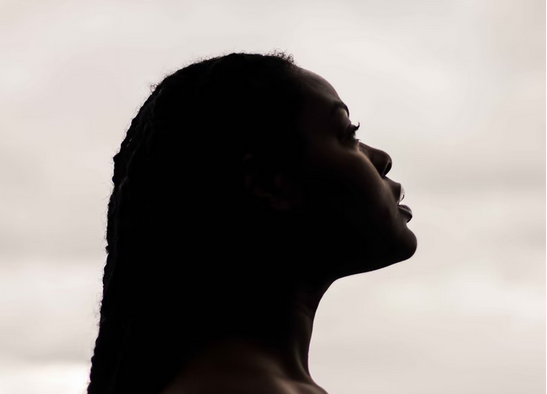 Kristen Jakobitz is a holistic health and hormone coach, food addiction coach, entrepreneur, and writer. You can find her crafting new chill recipes, doing strength workouts, or sipping cinnamon tea while admiring a beautiful sunset. Follow her on Twitter at @KristenJakobitz.

Hormonal Imbalance and Overeating – Is There A Connection?

Are you experiencing weight gain due to excessive eating? Can’t figure out the main reason behind overeating? Then you should know that hormonal imbalance can have a significant impact on your eating patterns and weight.

Hormones are substances that act as messengers. They are also responsible for regulating different processes in the body.

Hormones that can affect appetite and body metabolism are leptin, growth hormones, and sex hormones. Let’s dive into the details as to how hormonal imbalance may lead to overeating and weight gain.

The hormone leptin is produced by adipose tissue. It plays an important role in regulating energy balance. [1] Maintaining stable levels of this hormone prevents overeating after consuming a balanced meal.

The leptin and the brain can’t communicate properly in leptin resistance due to a lack of leptin signaling. As a result, the leptin levels keep on increasing but the brain is unable to recognize them. The brain thinks that the person is still hungry, which ultimately stimulates overeating and increases the potential for weight gain. The leptin levels in overweight people are four times higher than the normal level. [2]

Adrenal glands release a hormone called cortisol whenever the body is under stress. Cortisol is also known as the stress hormone. Acute stress is not a big deal as humans can cope with it. But in the modern era, most people are under chronic stress, which results in the overproduction of cortisol on a continual basis.

Imbalanced production of cortisol then triggers the appetite [3] and urges a person to eat more and more. It also results in poor immune function, fat accumulation in the abdominal area [4], and loss of muscle mass.

Eating behaviors, metabolism, and appetite can be greatly influenced by the sex hormones estrogen and progesterone. One of the main functions of estrogen is to encourage fat storage that is necessary to carry out reproductive functions.

Any fluctuations in the levels of estrogen during the menstrual cycle for women can affect the eating patterns that ultimately result in weight gain. Research shows that in the luteal phase, females tend to consume more calories than in the follicular phase. [5] This is because, during the luteal phase, there’s more production of progesterone. [6]

Insulin, secreted by the pancreas, plays an important role in maintaining blood sugar levels. After a meal, insulin is released into the bloodstream and transfers the glucose into cells. [7]

When there is excess production of insulin, it may lead to insulin resistance. People who overeat and consume sugary, processed carbohydrates are more prone to develop insulin resistance. They often suffer from impaired brain insulin signaling, which can lead to metabolic syndrome.

Other hormones whose imbalance may result in overeating include:

Hormones have a strong connection with eating behaviors and appetite. It can be tricky to navigate, but we can control hormonal imbalance by eating a proper diet, managing stress levels, and by minimizing exposure to exogenous estrogens. We can say that the key to hormonal balance is hidden in a healthy lifestyle.

Don’t struggle on your own!

Schedule a FREE 15-minute phone consultation with Coach Kristen to see how you can heal your diet stress and anxiety and stop dreading the scale. Email Kristen at kristen@kristenjakobitz.com  or click here to book a time. There’s no obligation. And no need to be local – Kristen works with clients all over the world. Get the support you deserve!